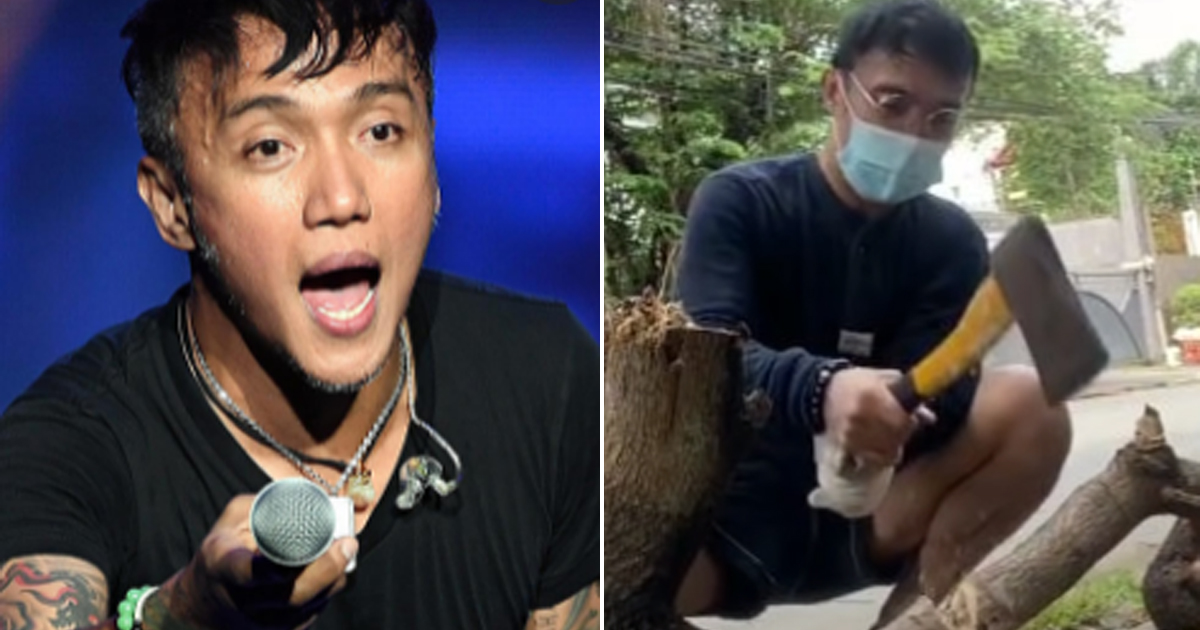 Do you still remember the former famous veteran singer Arnel Pineda? This is his life now!

Arnel Pineda was born on September 5, 1967 in Sampaloc Manila. His parents were Restituto Lising Pineda and Josefina Manansala Companer. Throughout his childhood, Arnel endured severe misfortune. When he was just 13 years old, his then 35 -year -old mother p4ssed aw4y after a long battle with heart dis3ase.

His mother’s medical expenses left his family heavily indebted. One of them was their rent debt that went unpaid for six months until his father could no longer provide for the needs of Arnel and his three younger brothers, Russmon, Roderick, and Joselito. While his father’s relatives adopted his siblings, Arnel was left alone. 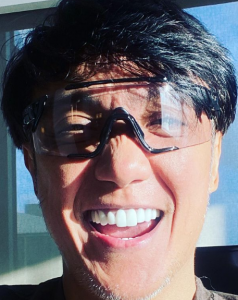 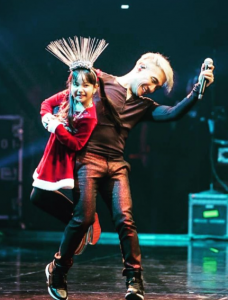 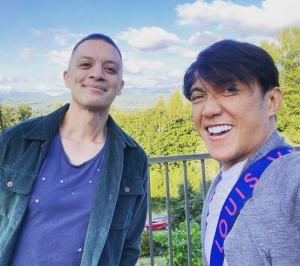 He spent the next two years homeless. He often sleeps outside in public parks and finds scraps so he can buy any food or water he can afford. Occasionally he was offered to stay and sleep outside his friend’s house.

Later, Arnel was forced to drop out of school and take up various jobs from collecting scrap metal and bottles at the pier and selling newspapers to support his family where he earns a little money. He also goes to the pier with his friends to take any job like cleaning scrap metal and stationary ships. At that time, he did not eat much. Sometimes, a small packet of biscuits would fit him for two days. 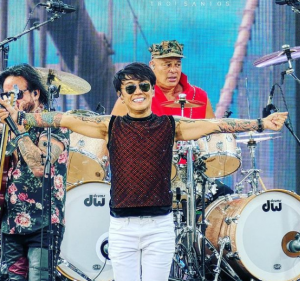 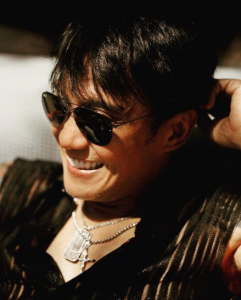 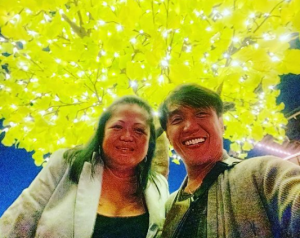 Arnel’s love of music began at a young age. Arnel started singing and participated in many singing competitions when he was only 5-years-old. In 1982, when he was 15-years-old, Arnel was introduced to a local band called “IJOS” and encouraged by his friends as their new singer. He sang “Help” and “Making Love Out of Nothing at All” by the Beatles and Air Supply.

Although they were worried about Arnel’s lack of training, IJOS members were surprised by Arnel’s voice. It was there that he was hired as the band’s new front and one of the band member’s friends offered to pay Arnel’s salary of 35 pesos per night from his pocket. He was also offered a small room under the stairs by their guitarist so that he could have shelter to sleep in.

In 1986, several members of IJOS came together to form the new pop-rock band AMO. The group found success in covering songs by well-known band groups.

In 1988, they won a contest in the Philippines called the ‘Yamaha World Band Explosion Contest’. Although they were disqualified in the finals due to a technicality, the event was broadcast on TV in Asia causing them to expand their fan base. The band went on to perform at a popular club and arena throughout the Philippines.

In 1990, AMO created a band called “Intensity 5” to participate again in the ‘Yamaha World Band Explosion Contest’. Arnel won as the best band vocalist and their band entered as the first runner-up. 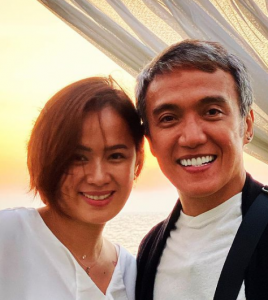 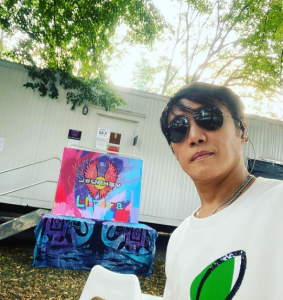 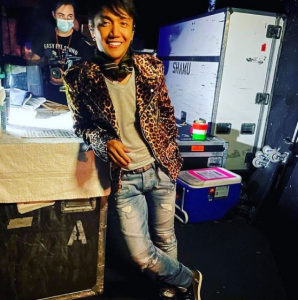 Later, in the same year, five of the original AMO members separated from the bandleader. Ulysses Ablang formed another band he called “New Age”. This took place before the release of AMO’s single album released in 1990 titled “The Real Master” (The Real Master). The remaining AMO members went on and became “The Boss Band” while Arnel’s band “New Age” regularly performed in Makati.

In 1991, during one of their performances, a talent agent spotted Arnel and the New Age. They were asked to go to Hong Kong to perform at a popular entertainment restaurant called “Grammy’s”. Along with New Age, Arnel performs six nights a week. It was Tuesday through Sunday for a long time.

After a long serious connection, Arnel failed in 1994. He suffered health problems and this caused almost damage to his voice. Then he returned to the Philippines. There he recovered for six months and he sang again. He returned to Hong Kong and continued singing with his band.

His album is self-titled “Arnel Pineda”. Most of the album’s ten original songs are slow ballads with only two lively songs while one carries a Latin style. One of the songs is “Iiyak Ka Rin”. It has become a favorite song in karaoke in Asia while another song “Sayang” has become a favorite tune on the radio.

Arnel wrote and arranged many songs. He continued to perform with New Age while making his album.

In 2001, Arnel sang a song “Looking Glass” with the National band “South Border” on their album “The Way We Do”. Earlier that year, Arnel formed a new band later called “9mm” and played in the city’s top bars including Hard Rock Cafe in Makati. The band played for three months at The Edge in Lan Kwai Fong, Hong Kong in 2002.

In 2004, the three members of New Age reformed with a female singer where she and Arnel were the lead vocals. This is called “Most [email protected]”. This band plays for three to four hours from Monday to Saturday at the Cavern Club in Hong Kong.

Arnel had a world tour with his band. They performed two shows in Chile and two in Las Vegas which were both huge successes. After a series of guest appearances and being featured in the magazine, Arnel gained fame in America.

In 2006, after being encouraged by a respected Filipino talent manager and TV director Bert de Leon, Arnel returned to the Philippines with Monet Cajipe, a guitarist. They formed the band “Zoo” with Emil Bondoc on base, Edgar Mendoza on keyboards, and Makoy Alcantara on drums.

They signed with Bert’s company, the Sundance Entertainment Corporation. Zoo’s first album “Zoology” was released by MCA Universal in September 2007 featuring 12 original soundtracks and a cover song “Pain in My Heart”. Five of them were written by Arnel and one was written by Arnel and Mark Valiente.

Videos of Zoo performances where they have produced cover songs by the band’s Journey, Survivor, Aerosmith, Lez-Zeppelin, Air Supply, The Eagles, Kenny Loggin, Stryper, and other popular bands since the 1970s, 1980s, and 1990s. It first appeared on YouTube in February 2007.

On June 28, 2007, Neal Schon of the band Journey contacted Roel Gomez, a longtime fan and friend of Arnel who was uploading many of Arnel’s performance videos. They were contacted by Neal Schon to ask for information about Arnel.

Neal sent an email to Arnel inviting him to audition for their band Journey. At first, Arnel ignored it but after Roel convinced him, he finally replied to Neal’s email. Ten minutes later, Arnel received a phone call from him.

On August 12, Arnel, along with his manager Bert, flew to Marin County just north of San Francisco for a week-long audition.

Arnel was warmly welcome and described his audition as “nerve-wracking, tense”. On December 5, 2007, Arnel was announced as Journey’s new lead singer. Arnel debuted as a lead singer of Journey on February 21, 2008, at Viña del Mar International Song Festival held at the Quinta Vergara Amphitheater in Viña del Mar Chile.

The first album of the band Journey with Arnel was Revelation. Debuted as No. 5 on the Billboard Top 200 album chart in a week of its release. It remained included in the Top 20 for six weeks. It was called certified gold by the RIAA with over 336,000 units sold in just the first few days. It also achieved platinum status until October 1, 2009.

Arnel became successful and famous after becoming the lead singer of Journey. In an interview, a member of the said band said that Arne’s voice was similar to their former lead singer, Steve Perry. One of the Journey members also said that they were very lucky to have Arnel on their band.

With Arnel’s achievements, he now lives quietly in the Philippines with his wife Cherry Pineda and their two children Cherub and Thea. He was also with his two children in his first relationship namely Matthew and Angelo.

It can be seen on his social media that Arnel is happy chopping wood and living a simple life. It can also be seen that Arnel simply cuts the wood in front of his house.

What can you say about this? Do you miss him in the spotlight? Kindly share your comments, reactions, and thoughts with us. 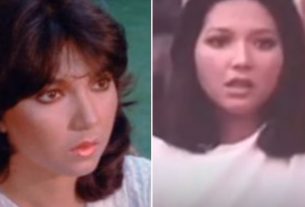 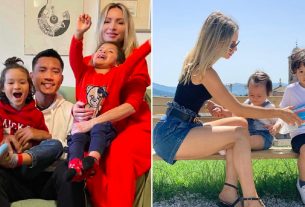 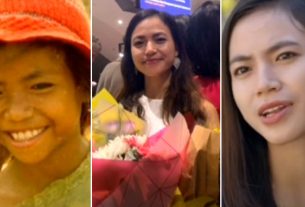