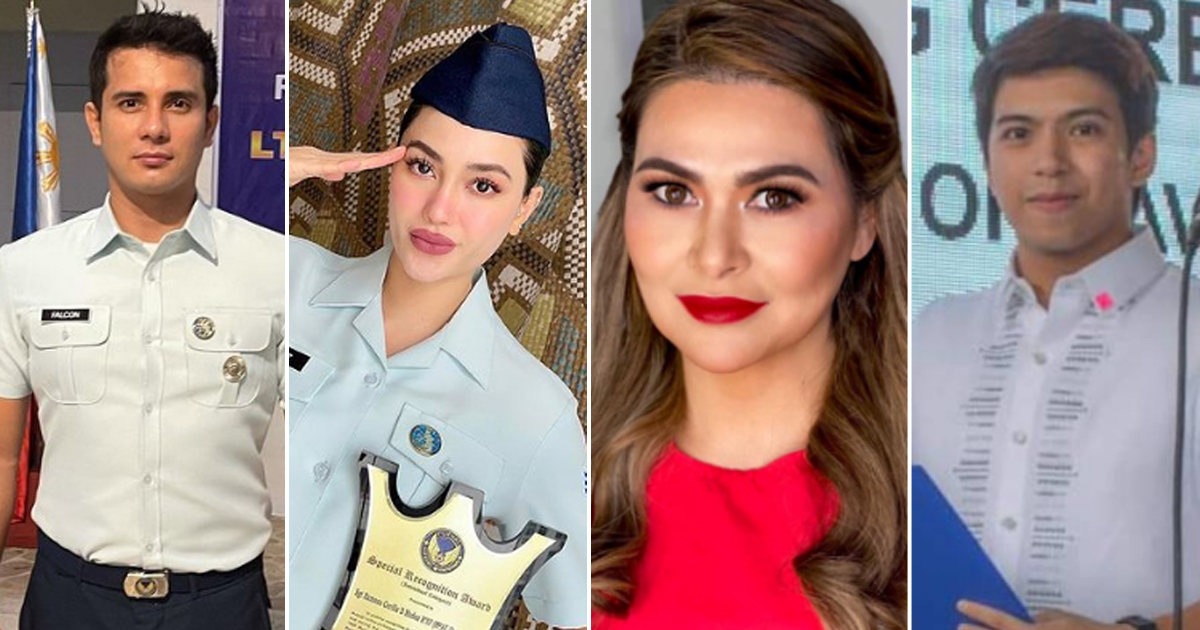 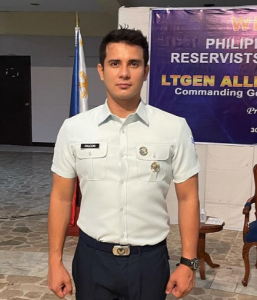 Nash Aguas
Former Goin ‘Bulilit star Nash Aguas has been confirmed to run as Councilor in Cavite City. Nash was supported by his fellow actor Cavite Vice Governor Jolo Revilla. But many netizens reacted to Nash’s early entry into politics. Some commented that he would first run as a Barangay Councilor before joining the municipal level. The 22-year-old actor is in the line-up of Cavite City Mayor Denver Chua who will run as Mayor. For Vice Mayor Chua, Nash can help a lot to maintain the 1st class status of their city. 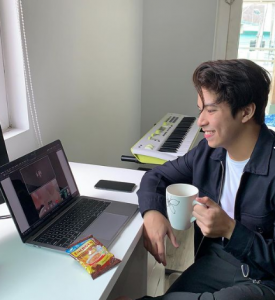 Claudine Barretto
Claudine Barretto has been confirmed to run for Councilor of Olongapo City. Claudine will run under the lineup of talent manager Arnold who will run as Mayor. 2019 Mr. World Philippines JB Saliba was also included in the lineup as he will run as a Councilor as well. Many netizens questioned Claudine’s running because she is not a resident of the said area. But according to Ogie Diaz in his vlog, Claudine has been living in Olongapo for a long time. He added that Claudine’s father was a former admin of the Subic Bay Metropolitan Authority and her grandfather was said to be a politician in Olongapo. 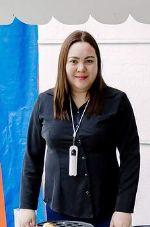 Javi Benitez
Javi, who is the boyfriend of actress Sue Ramirez, will run for Mayor of Victoria City in the province of Negros Occidental. Javi, the son of billionaire businessman and former congressman Albee Benitez, is only 26-years-old. 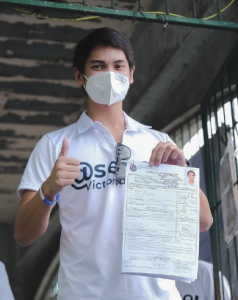 Alvin Patrimonio
Basketball legend Alvin Patrimonio was sworn in on Thursday, September 30, as the new member of Lakas-CMD whose current national president of the party is House Representative Martin Romualdes. He subsequently announced that he would run as Mayor of Cainta, Rizal. 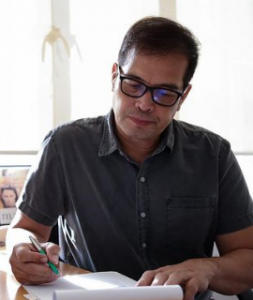 Richard Yap
For the second time, actor Richard Yap will attempt to re-enter politics. The actor’s certificate of candidacy for Congressman of Cebu City 1st district has been submitted. Richard’s wife Melody represented the actor in submitting the COC to the Commission on Election in Cebu City. It was 2019 when Richard ran as Representative of the North District. The actor lost over Congressman Raul del Mar. However, del Mar passed away in November 2020. House speaker Lord Allan Velasco is the current caretaker of the 1st district. Arci Muñoz
Also one of the showbiz personalities who will run in this election is the s3xy actress Arci Munoz. She is under the Lakas Christian Muslim Democrats party which also includes several actors who will run for the 2022 elections. Arci will run as Councilor in Cainta, Rizal. Arci is also a Philippine Airforce reservist with the rank of Sergeant and this is also her first time entering politics. 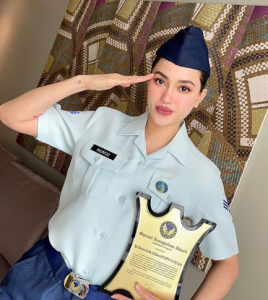 Alma Moreno
Veteran actress turned politician Alma Moreno was also sworn in as a member of Lakas-CMD. She will run in the upcoming election as Councilor of Paranaque City. Alma first entered politics in 2004 as Mayor of Paranaque City but she was defeated. In 2007, she became a City Councilor and was elected in 2010. In 2012, she became the first woman to become the National President of the Philippine Councilors League. In the same year, she was declared to run for Senator but later resigned due to her illness. 2015 when she tried to run again as Senator but this time, she was defeated after not joining on the top 12 circles. 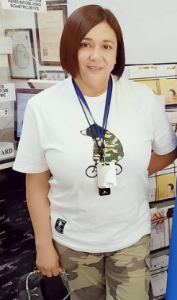 Yul Servo
Actor-turned-politician Yul Servo will run as Vice Mayor of Manila. He is in tandem with current Manila Vice Mayor Honey Lacuna who will run as Mayor of the city. They were endorsed by current Manila Mayor Isko Moreno who will run for President in the 2022 elections. Yul Servo first entered politics when he served as City Councilor for three terms. Yul Servo is now a Congressman in the third district of Manila since 2016. It can be recalled that Yul was one of those who said yes that ABS-CBN will not be given a franchise. 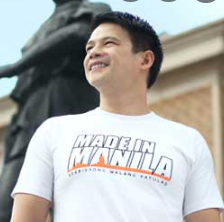 Loren Legarda
House Deputy Speaker Loren Legarda filed his Certificate of Candidacy for Senator on October 1. Loren entered politics in 1998 and ran as a Senator. She was elected and had 15 million votes. In 2004, Loren declared to run as Vice President and her running mate was Fernando Poe Jr. But she failed to get the seat and lost to Noli De Castro. It was 2007 when she ran again for Senator and she won. Last 2010, she ran as Vice President but she lost to Jejomar Binay and she returned as Senator. It was 2013 when she was elected as Senator with the 2nd highest votes. She once again ran in 2019 and she won as Congresswoman in Antique. 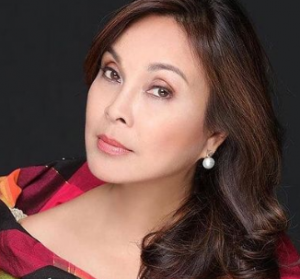 Daniel Fernando
Actor turned politician Daniel Fernando will run again as Governador of Bulacan next year. Daniel has been in politics for a long time since he started as Kabataan Barangay Chairman. He was elected Vice Governor in 2010 and served three terms. In 2019, he was elected as the thirty-fourth governor of Bulacan. 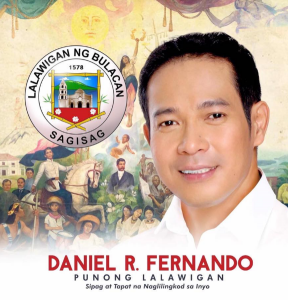 Raffy Tulfo
Broadcaster Raffy Tulfo who is also a TV and radio anchor or Idol as many call him will run as a Senator after filing his Certificate of Candidacy on October 2 at the Comelec Sofitel Philippine Plaza. He also bid goodbye to his primetime newscast on TV5 “Frontline Pilipinas” where he was an anchor for almost a year. His refusal to run as Vice President in the next election was because of his great respect for President Rodrigo Duterte. 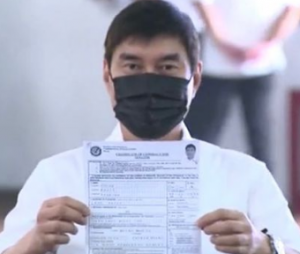 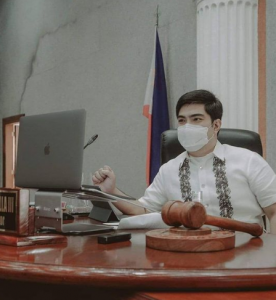 Bobby Andrews
In the coming election, Bobby Andrews will run as councilor in the fourth district of Quezon City. He is on the slate of Marvin Rillo who will run for Congressman in the district. The actor’s slogan is “Basta ikaw Aprub”. He has also started several projects to help his countrymen in the said city and district. Former Senator Jinggoy Estrada and Manila Mayor Isko Moreno inspired him to run in politics. 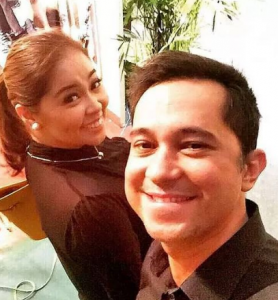 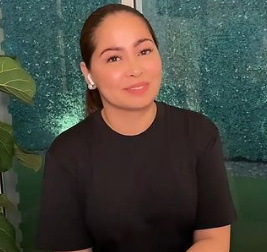 Aiko Melendez
Aiko spoke about her plan to run as a Congresswoman in the fifth district of Quezon City. For Aiko, she will run because she thinks she is worthy and she is willing to help people. She also knows that public service was always in her heart. Former politicians and former NGO members in Quezon City are also the ones who convinced Aiko to dive back into public service. She was also advised by her current boyfriend Zambales Vice Governor Jay Khonghun for the actress’ re-entry into politics. According to him, do not forget the people who installed her in the position. He also said that she should always help those in need but Jay is confident that Aiko can do it because she has political experience for nine years. 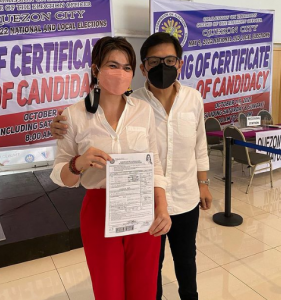 Lucy Torres Gomez
Lucy Torres Gomez’s Senatorial bid will not go ahead and instead, she will run as Mayor of Ormoc City. Lucy entered the world of politics in 2010 as a Congresswoman who became the substitute for her husband Richard Gomez after he was disqualified by the Comelec due to “failure insufficiently established residency” in Ormoc City. 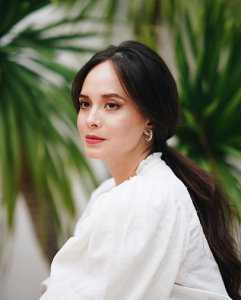 Isko Moreno
Isko Moreno began his political career when he was elected as City Councilor in Manila’s 1st district in 1998. He was elected from 2001 to 2004. In 2007, he became Vice Mayor and was elected until 2010. It was in 2016 when Isko tried to run for the Senate but he failed. From 2019 to the present, he is the Mayor of Manila. In the upcoming election, he announced on September 22 that he will run as President of the country, and online personality and physician Doc Willie Ong will be his running mate as Vice President. 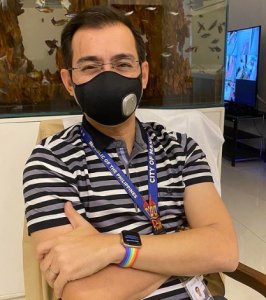 Tito Sotto
Current Senate President Tito Sotto’s political career began as Vice Mayor of Quezon City from 1988 to 1992. After that, he immediately became a Senator from 1992 to 2004. In 2016, he ran again and won his fourth term in Senate and is now a Senate President. In September 2019, Tito Sotto declare that he will run as Vice President of the country with his tandem, Senator Ping Lacson who will run as President. They are confident that their machinery is strong because of their time in public service. 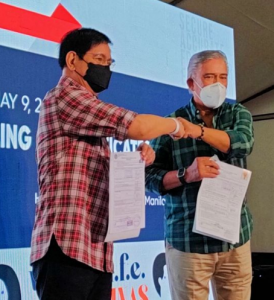 Manny Pacquiao
Only on September 19, 8th-time world champion, Manny Pacquiao declared his candidacy as President of the country. February 2007 when Pambansang Kamao Manny Pacquiao first entered politics and ran as Congressman of the 1st district of South Cotabato Province but he was not lucky enough to win. November 2009 when Senator Manny tried again to run as Congressman in the hometown of his wife Jinkee Pacquiao, Saranggani Province. This time, he won. October 2015 when Manny declared that he would run as a Senator and in May 2016, he was formally elected as a Senator by the Comelec with 16 million votes and seventh out of twelve members of the Senate. Manny is well known in the world of boxing and only on September 29, he announced his retirement from the said sport. 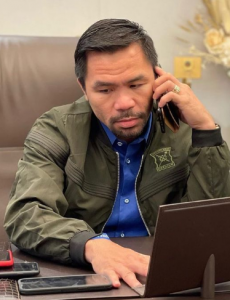 ER Ejercito
The political career of actor and former Laguna Governor ER Ejercito is not over yet because he will once again enter the world of politics. ER has confirmed his plan to run as Mayor of Calamba City Laguna in the upcoming election to be held on May 9, 2022. ER has already posted on his official Facebook page an ad for his campaign. His tagline is “Kampeon ng Masa, Agila ng Laguna”. Before he was elected as a Governor of Laguna province in June 2010, ER sat for nine years as Mayor of Pagsanjan, Laguna. From being Mayor of Pagsanjan, ER ran for Governor of Laguna in 2010 and won the election. But the Commission on Elections demoted him in May 2014 due to overspending charges in his campaign in the 2013 midterm elections. 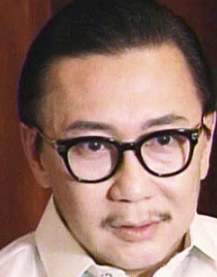 What can you say about this? Do you think that they have a great chance to win the election because of their fame and popularity? Kindly share your comments, reactions, and thoughts with us. 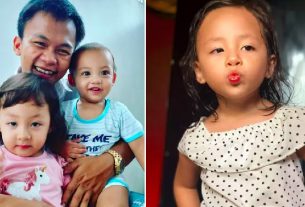 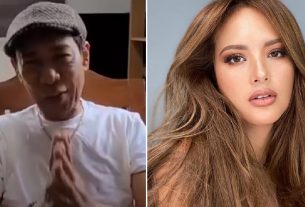 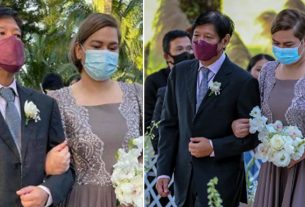