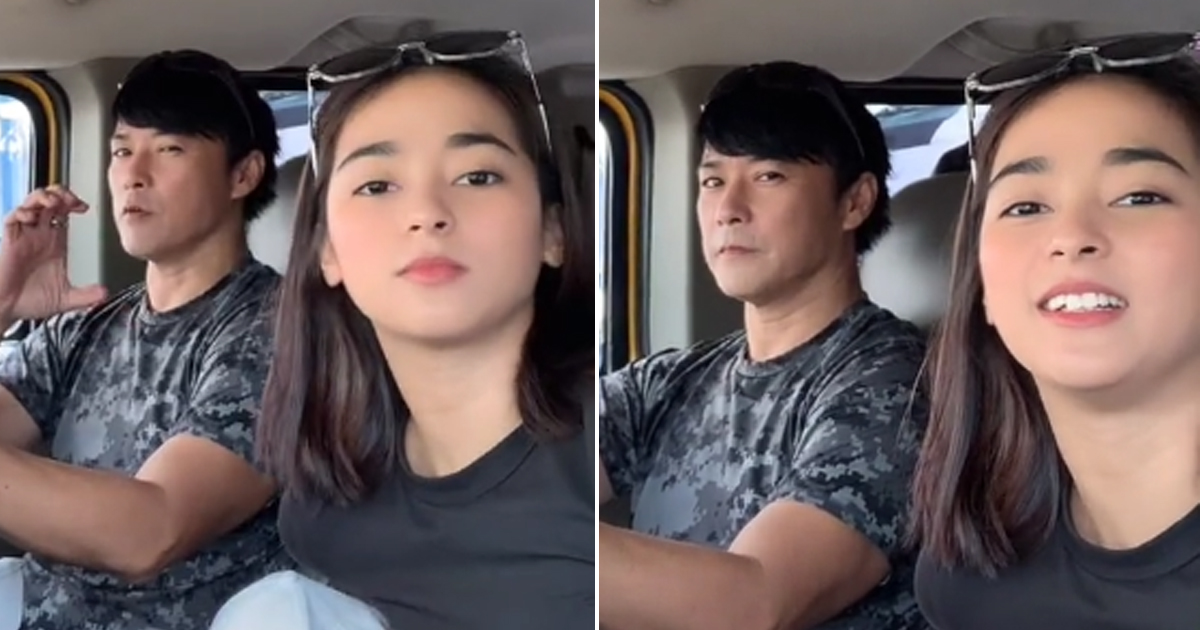 Elizabeth Buensuceso or better known by her screen name AJ Raval was born on September 30, 1995, in Manila. AJ is the daughter of 90s action star Jeric Raval and her mother is former 90s actress Alyssa Alvarez. She has 17 siblings to her father and four of them are her half-siblings namely Vanessa, Janina, Joshua, and Mela. AJ is the second among four siblings.

The 26-year-old actress graduated from high school and plans to return to school to continue college after the pand3mic. AJ has also entered the social media platform and is also now a YouTube star. Apart from that, she has also become famous on TikTok because of her millions of followers. Because of her stunning beauty and s3xy features, AJ is one of the considered upcoming stars of her generation. 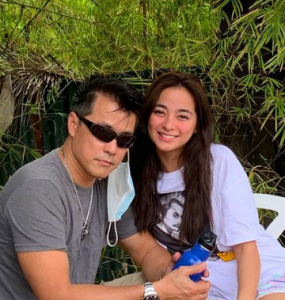 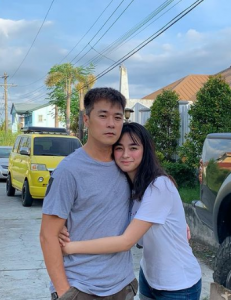 Although AJ’s mother is different, she grew up in the care of Jeric and Holiday, Jeric’s legal wife and AJ’s stepmother. Holiday is the one who took care of and raised AJ from she was 3-year-old to 14-year-old. Even though Holiday is not AJ’s real mother, she loves her dearly and she also considers her as her real mother.

AJ was deeply saddened when she left her father and Holiday because she needed to return to her biological mother, the former s3xy star Alyssa Alvarez. AJ knows and accepts that they have many siblings because Jeric revealed to them that all of them were equal even though they have different mothers.

When AJ made the movie “Paglaki ko, gusto kong maging [email protected]” her father Jeric didn’t approve of her making the s3xy movie . But she said she is already old enough to decide for herself. She said her father did not support her and did not talk to her. Jeric also did not know that she made the film. 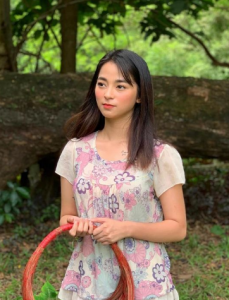 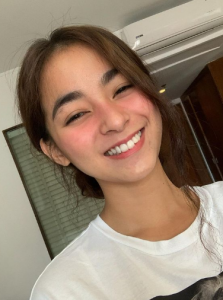 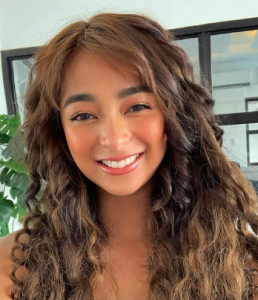 On Jeric’s side, he said in January that AJ would not receive any support from him because of her daughter’s s3xy scenes in the said film.

Despite strong opposition to the path AJ has chosen, he is proud of the public’s warm acceptance to his daughter’s entry into showbiz. Jeric believes his name helped so people quickly recognized AJ.

Meanwhile, when it comes to AJ’s love life, the s3xy star admitted that her first relationship was with a woman. She said she was only 15-years-old when she experience having a girlfriend. This she admitted in a YouTube vlog by singer-vlogger Donnalyn Bartolome in their “Extreme Girlfriend Challenge”. AJ added that it was only because of her immaturity then that she fell in love with a girl. But eventually, they also separated.

Only in May, AJ admitted that her boyfriend was Axel Torres, a former PBB housemate. But in a virtual conference on August 20, 2021, the s3xy star confessed that she and Axel are already broke up. According to AJ, Axel can’t accept her s3xy scenes in movies. The actress added that they had many problems in their careers so they separated early.

Their break-up happened in June 2021. This is the reason why their photos together on the Instagram account of the former PBB housemate have been deleted. They also no longer followed each other’s social media accounts. September is supposed to be their 2nd anniversary as lovers. According to AJ, her relationship with Axel lasted for more than a year. 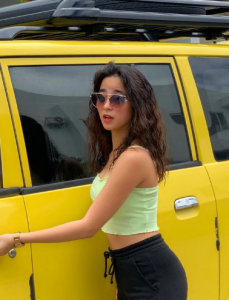 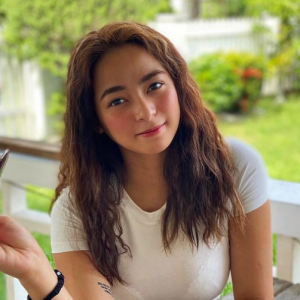 The actress admits, her s3xy roles in projects are the most extreme reason for their separation. The actress also admitted that Axel was jealous of her partner in the film, Sean De Guzman. AJ said she understood Axel’s feelings about her career especially since she hadn’t played at in being s3xy when their relationship started. AJ added that she would rather gamble in a career than in love life. AJ also frankly said that Sean was involved in the breakup with Axel. Sean is AJ’s leading man in “Taya” and they have many daring scenes in the said film.

AJ admitted that she can’t afford to give up her showbiz career especially with the series of projects she is receiving now. Axel was not able to adjust to her s3xy image. AJ added that Sean was one of the first people she told about her and Axel’s separation.

AJ jokingly said to Sean that he can date her now since she and Axel are already separated. The s3xy star said, Sean is one of her best friends and there is no problem if they become a couple because he is very kind and caring to him. But for now, they will focus first on their career so that their friendship will not be wasted.

Sean was shocked by AJ’s straightforward statement about him. But they seemed to be close to each other. On August 11, Sean posted on his Instagram account a photo of himself and AJ took at a resto-bar. It can be seen that they are both holding a mic and dueting on a song.

Meanwhile, AJ just laughed at the issue about her and Aljur Abrenica. It started on September 28 when controversial social media personality Xian Gaza posted about his alleged explosion about the VIVA s3xy actress.

Currently, Xian has his showbiz news application where his expl0sion about AJ can be read. AJ saw the said post. On September 29, she reshare Xian’s post on her official Facebook page.
AJ wrote in the caption, “ang dami mong alam hayup ka hahaha”

In Xian’s second post, he is hesitant to share what he knows because AJ’s career and image might hurt.
AJ jokingly said, “why? are you the father? the son? or the holy spirit? hahaha”

In a separate post, Xian mentioned that he seems to have fallen for AJ. In the next post, he mentioned the name of Aljur that AJ worked with on the VIVA movie “Nerisa” in 2021.

Xian then posted the screenshot of AJ’s comment on his post that reads: “Mahal na Kita” where Xian replied, “I love you too.”
Xian wrote in the caption, “Pasensya na Aljur”.
The sexy star once again reposted the said post and even imitate Xian’s caption.

On the night of September 29, AJ saw the video link to her to Aljur which was posted on the Facebook page of Xian’s app. In the video is a clip from AJ’s “Cleaning My Room” vlog where the actress showed off the window and view visible from her bedroom.

The photo of Aljur holding coffee outside a room was immediately attached to the video. The similarity is noticeable between AJ’s bedroom window and the window from the place where Aljur’s photo was taken.
AJ shared the said video with a caption that reads: “LUH ISSUE KAYO HAHAHAHA”.

For AJ, her comments with Xian’s posts were all just a joke. Xian apologized but AJ said that he didn’t have to apologize anymore because it was his content. Xian also made her happy because he has become “Marites” in her life.

Aljur’s former wife Kylie Padilla reacted to Aljur’s relationship with AJ. According to Kylie, it was April when she and Aljur separated and they both agreed that they would be free to date others.

Kylie added,
“Please stop dragging other parties into this.”
“I have no intention of disclosing anymore of what happened because I want to cherish the littlest ounce of privacy I have left.”

What can you say about this? Do you admire her because of her beauty and charm? Kindly share your comments, reactions, and thoughts with us. 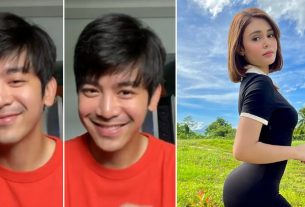 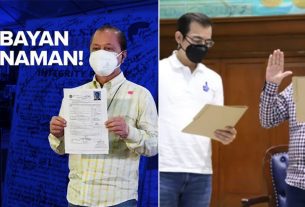 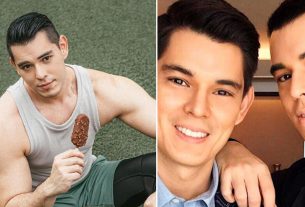