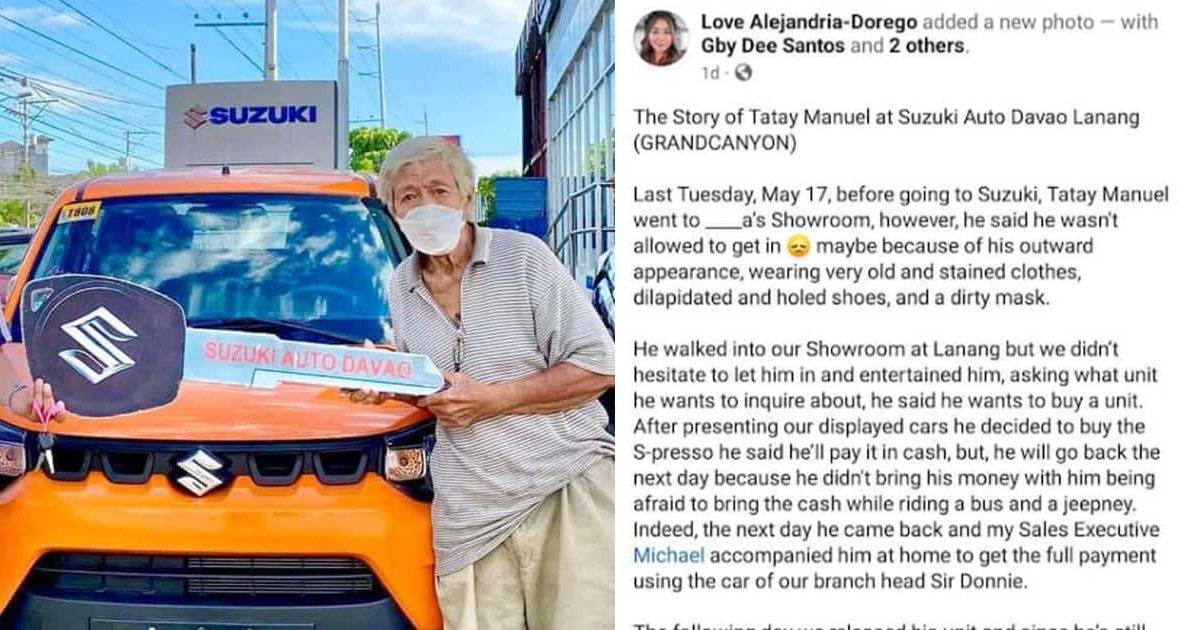 In a Facebook post by netizen Love Alejandria-Dorego, she shared that Tatay Manuel was not permitted to go inside the showroom in their area.

According to Love’s post, Tatay Manuel was not allowed to enter the building, maybe owing to his physical look. He was simply wearing old clothing, shoes, and a dirty mask, as per her. 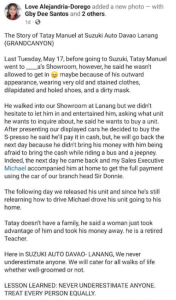 “Maybe because of his outward appearance, wearing very old and stained clothes, dilapidated and holed shoes, and a dirty mask.”

Because Tatay Manuel was not allowed in the previous showroom, he decided to go to Suzuki where he was greeted warmly and approached by the staff.

Netizens were surprised when Tatay Manuel said that he would pay for the car he liked with cash which he actually did the next day. 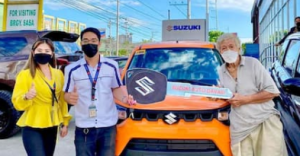 “He walked into our Showroom at Lanang but we didn’t hesitate to let him in and entertained him, asking what unit he wants to inquire about, he said he wants to buy a unit. After presenting our displayed cars he decided to buy the S-presso he said he’ll pay it in cash, but, he will go back the next day because he didn’t bring his money with him being afraid to bring the cash while riding a bus and a jeepney. Indeed, the next day he came back and my Sales Executive Michael accompanied at home to get the full payment using the car of our branch head Sir Donnie.”

“Tatay doesn’t have a family, he said a woman just took advantage of him and took his money away. He is a retired Teacher.” 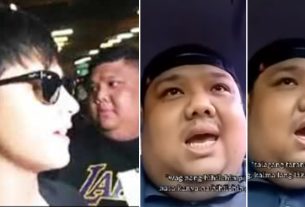 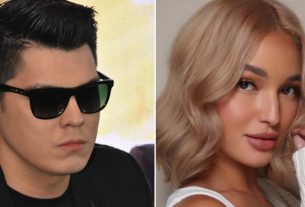 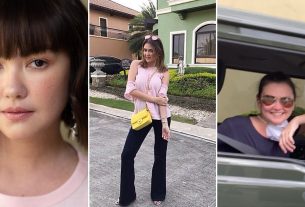